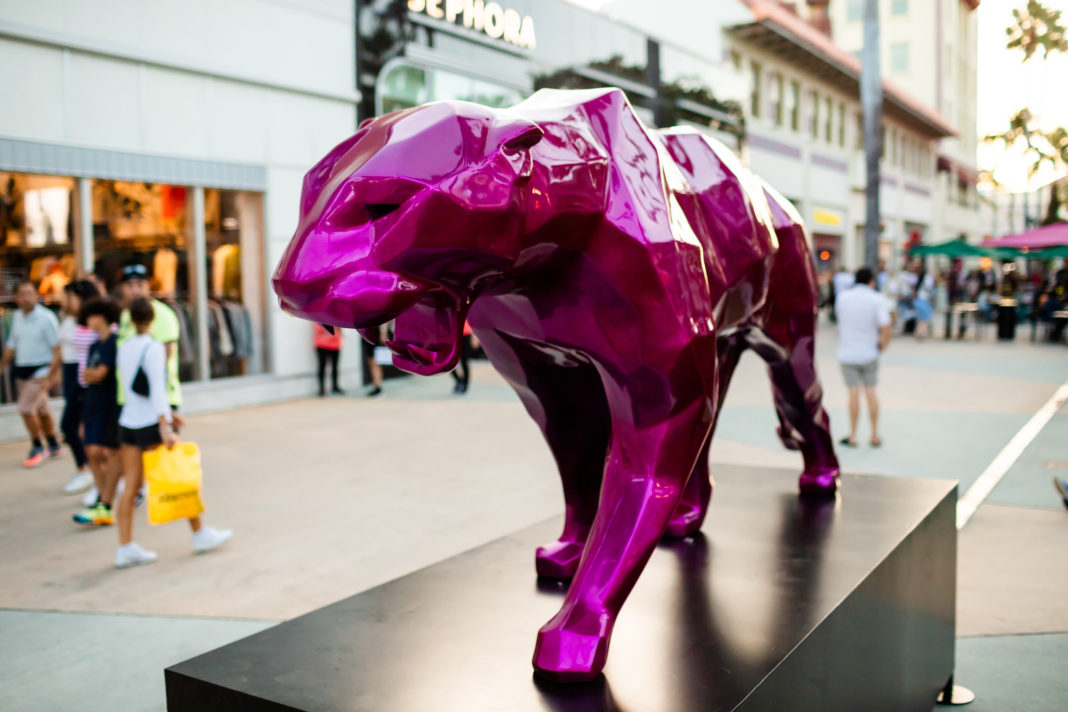 The Sculpture of Richard Orlinski

The Lincoln Road Business Improvement District (BID) presents an exhibit of 12 monumental Orlinski sculptures along the eight-block pedestrian promenade from November 2022 to March 2023.

Miami Beach’s Lincoln Road District, one of the country’s most beloved destinations for al fresco shopping, dining, and entertainment, will further enhance its arts and culture experience by showcasing 12 giant, electrifying sculptures by renowned French artist Richard Orlinski. The open-air activation coming to Lincoln Road this winter will feature iconic pieces from Orlinski’s recent Avenue des Champs Elysée exhibition in Paris. Timed with the premier art show of the Americas, Art Basel Miami Beach, the exhibit will run from November 2022 to March 2023.

Driven by the desire to make art accessible to the masses, Orlinski exhibits his work, often of spectacular dimensions, in the great outdoors. As he redefined contemporary art codes, elements in nature became his signature and forte. Known for his iconic bright red resin crocodile, Orlinski’s work is inspired by pop culture artists such as Jeff Koons and Robert Indiana, and uses industrial materials to develop large geometric sculptures that symbolize freedom, power, and passion.

From the majestic pink lion that will be showcased across the Apple Store to the red crocodile near the Nike Store and the standing white bear on Washington Avenue, the community will encounter bright, life-size animal statues while strolling the pedestrian promenade. Wild Kong, a signature piece from the Champs Elysée exhibition, will be located on Michigan Ave across from Finnegan’s Road. The sculptures are crossing the seas and coming from France.

As the cultural and civic hub for the community, the Lincoln Road District has also partnered with AEA Consulting, a global firm setting the standard in strategy and planning for the cultural and creative industries, to further activate the district with collaborations that advance and promote arts and culture. With activations from Abu Dhabi to New York and London, AEA has engaged with the American Symphony Orchestra, Perez Art Museum, and Brooklyn Bridge Park, among others, delivering more than 1,200 assignments in 42 countries.

“Partnering with AEA Consulting to realize vital arts and culture projects will help further enhance our offerings in the Lincoln Road District, providing residents and visitors with year-round programming that bolsters their quality of life,” said Lyle Stern, President of the Lincoln Road BID and President of Koniver Stern Group. “From activating Lincoln Road with spectacular sculptures by famed artist Orlinksi to ushering in the South Beach Jazz Festival and a series of memorable musical performances by Nu Deco Ensemble, we are expanding the district’s cultural programming that will keep residents and visitors returning to Lincoln Road.”

The Lincoln Road District is a premier retail, lifestyle and cultural destination that is home to more than 250 restaurants and shops, entertainment, arts and cultural offerings. Lincoln Road ranks as the most-visited open-air destination in South Florida with over 8 million visits in 2021, according to Placer.ai data and featured in AFAR as one of the 10 best pedestrian streets around the world.

For more details on upcoming cultural activations and events, please visit lincolnrd.com or @lincolnrd on Instagram. To learn more about Richard Orlinski  and Galeries Orlinski visit www.galeries-orlinski.com and https://richardorlinski.fr.

About the Lincoln Road District

Situated in the heart of Miami Beach, the Lincoln Road District is a premier retail, lifestyle and cultural destination that is home to about 250 restaurants and shops, entertainment, arts and cultural offerings. Lincoln Road ranks as the most-visited open-air destination in South Florida with over 8 million visits in 2021, according to Placer.ai data. From quirky hipsters and swanky fashionistas to laid-back surfer-skater types and all that lies between, the crowd drawn to Lincoln Road may be visiting for different reasons, but the underlying factor bringing this group together is the same – it’s still is the coolest place to be and be scene in Miami Beach. Affectionately referred to by some as Miami’s living room, there is nothing as quintessentially Miami Beach as Lincoln Road. It’s the street where models walk their dogs after runway shows, where stylish boulevardiers stroll past window shoppers, and where café culture overrules standard business meetings. Music and entertainment lovers will find refuge in the Lincoln Road District – home to the New World Symphony, Colony Theatre, and Regal South Beach movie theater. Steps away is the newly remodeled Miami Beach Convention Center, which welcomes world-renowned Art Basel Miami Beach every December.

Richard Orlinski has been the biggest selling contemporary French artist in the world since 2015. He began his artistic career in 2004 and created his first work, a bright red resin crocodile, which soon became an iconic piece in the sculptor’s bestiary. The artist took inspiration from pop culture, everyday objects, popular things. Richard Orlinski soon developed new sculptures, often of animals, all symbols of freedom, power and passion. The result: electrifying works of art, in pop colours and a faceted style, that would be seen all around the world.

Exhibiting his works, often of spectacular dimensions, in unusual places and the great outdoors soon became his signature. Driven by the desire to democratise art by making it accessible to the masses, Richard Orlinski takes an interest in all means of expression and his art knows no boundaries. He was made an Officer for the Ordre des Arts et des Lettres by the French Minister of Culture Roselyne Bachelot-Narquin in 2021.

With several million followers on social networks, Richard Orlinski has brought together a very engaged community of art-lovers and enthusiasts. This is undeniably a great source of inspiration for the artist, who gives 100% to every one of his projects. “I deeply believe in the power of art (…) Often people do not dare to push the door of a gallery or a museum, so I make sure that the museum comes to them! »

” I WANT TO BE WHERE PEOPLE LEAST EXPECT ME “

As time passed and he met new people, Richard Orlinski developed many projects. Some put him centre stage, behind the decks, on the big screen… His artistic sensibility is expressed in many areas: sculpture, design, music, publishing, fashion, live performance… The artist loves to build bridges between worlds, beyond boundaries. A success story marked by an ability to reinvent himself endlessly, propelling him onto the international scene.

In 2017, he decided to develop an innovative concept. He would create the first Galerie Orlinski, exclusively dedicated to his art. He naturally chose the city of Paris to open his first gallery. Covering an area of 200m2, this prestigious space stands at 68 rue du Faubourg Saint- Honoré in the 8th arrondissement of Paris. This opening marked the beginning of his international expansion. By 2021, there were 5 Orlinski galleries in the world: Paris, London, Courchevel, Saint-Tropez and Miami, plus one coming soon to New York. These dedicated galleries make it possible to centralise the majority of his work in one place, so it’s more accessible. This concept is intended to be deployed in all the great art capitals. Imbued with his art, these galleries are a reflection of the artist and offer an immersion in his universe. They all reflect his own image: poppy and colourful. During the course of 2022, the first Galerie Orlinski on Rue du Faubourg Saint-Honoré will be given a complete overhaul in order to breathe new life into an unusual venue, encompassing several fields such as art, fashion and music.