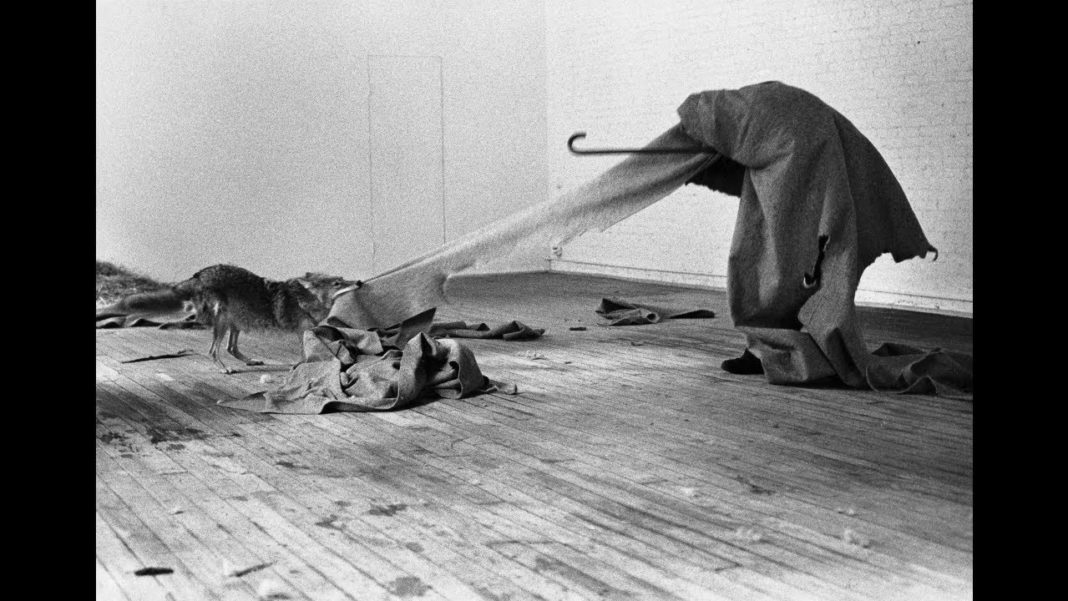 He was a German Fluxus, happening, and performance artist as well as a painter, sculptor, medallist, installation artist, graphic artist, art theorist, and pedagogue.

Joseph Beuys extensive work is grounded in concepts of humanism, social philosophy and anthroposophy; it culminates in his “extended definition of art” and the idea of social sculpture as a gesamtkunstwerk, for which he claimed a creative, participatory role in shaping society and politics. His career was characterized by open public debates on a very wide range of subjects including political, environmental, social and long term cultural trends. He is widely regarded as one of the most influential artists of the second half of the 20th century.

Joseph Beuys, who is recognized as one of the most influential artists of the postwar period, had a grand and ambitious goal for his work: the transformation of Western culture into a more peaceful, democratic, and creative milieu. His multifaceted career, which included sculpture, performance, lectures, activism, and even a campaign for elected office, were all part of an “expanded concept of art” that was aimed at advancing his utopian vision. In all its forms, his work is dense and highly allusive and draws on much of the accumulated knowledge of Western civilization, including history, religion, natural sciences, economic theory, and myth. A charismatic teacher, Beuys was mentor to a generation of younger artists who were inspired by his passionate fusion of art, life, and activism.

Beuys was born in Krefeld, Germany, and as a youth pursued dual interests in art and the natural sciences. In 1940, at age 19, he joined the German air force. During his 5 years of service, he was wounded several times and interned in a British prisoner-of-war camp. He returned home in 1945 physically and emotionally depleted, and spent nearly a decade recuperating on a friend’s farm, where he made hundreds of drawings and small sculptures. Coming to terms with his involvement in World War II would be a lifelong process that informed much of his art.

After the war, Beuys decided to dedicate himself to art. In 1961, he was appointed to a professorship at the Düsseldorf Art Academy and soon became the school’s most sought-after teacher. At the same time, he began to develop his sculptural practice. One of his best-known works from this period is Sled (1969), which he called a “survival kit”: an elemental means of transport carrying a felt blanket, a lump of fat, and a flashlight. Sled alludes to Beuys’s oft-repeated story of crashing his warplane during a blizzard and being rescued by Tatar nomads, who treated his wounds with fat and wrapped him in felt to keep him warm. Whether true or not, the story is a powerful metaphor for the rebirth of both an individual and a nation after the horrors perpetrated by National Socialism.

Beuys was also a performer who was renowned for his “actions”—heavily symbolic events that illustrated his evolving ideas about how art could play a wider role in transforming society. The best known of these is I Like America and America Likes Me (1974), in which he spent several days with a coyote in a New York gallery space. Described as a “dialogue” with the animal, the performance presented Beuys as a shaman—a spiritual leader and healer who has a special affinity with animals—who traveled to the United States to enact a symbolic reconciliation between modern American society, the natural world, and Native American culture. To emphasize the urgent need for healing these rifts, Beuys had himself transported to and from the gallery in an ambulance.

“Everyone is an artist,” Political Activism, 7000 Oaks

During the 1970s, Beuys focused much of his energy on political activism, helping to found such groups as the German Student Party, the Free International University, and the Green party, whose goals included worldwide disarmament, educational reform, and environmental stewardship. His well-known slogan, “Everyone is an artist,” was meant to suggest that social transformation could be achieved if every human being applied his or her creative energies toward positive change in cooperative activities he called “social sculptures.” His most famous of these was 7000 Oaks (1982), a massive reforestation project in which seven thousand trees were planted throughout Germany, particularly in areas destroyed by bombing during World War II. In 1997, in homage to his idea, the Walker Art Center oversaw the planting of more than 1,000 young trees in Cass Lake, St. Paul, and the Minneapolis Sculpture Garden.

Beuys’s work has been collected and shown widely in Europe and the United States, with major retrospectives mounted by the Guggenheim Museum (1979) and Tate Modern (2005), among others. Large collections of his multiples are held by several American institutions, including the Walker Art Center and the Broad Art Foundation in Los Angeles. In 1986, Beuys was awarded the Wilhelm Lehmbruck Prize by the city of Duisburg, Germany.

While the success of Beuys’s ambitious program has been the subject of much debate, his enormous influence on the development of postwar art is undeniable. His exploration of sculptural form and materials, his mesmerizing performances, and his ideas about the powerful potential of consciously applied creativity are still catalytic forces in the art world.

Conceptual art can be – and can look like – almost anything. This is because, unlike a painter or sculptor who will think about how best they can express their idea using paint or sculptural materials and techniques, a conceptual artist uses whatever materials and whatever form is most appropriate to putting their idea across – this could be anything from a performance to a written description. Although there is no one style or form used by conceptual artists, from the late 1960s certain trends emerged.

Read the captions in the artworks below to find out about some of the main ways conceptual artists explored and expressed their ideas.

Environmental art is art that addresses social and political issues relating to the natural and urban environment.

Environmental art often takes the form of installation. The term came into use in the late 1960s and is often closely related to land art.

Fluxus is an international avant-garde collective or network of artists and composers founded in the1960s and still continuing today.

Founded in 1960 by the Lithuanian/American artist George Maciunas, Fluxus began as a small but international network of artists and composers, and was characterised as a shared attitude rather than a movement. Rooted in experimental music, it was named after a magazine which featured the work of musicians and artists centred around avant-garde composer John Cage.

The Latin word Fluxus means flowing, in English a flux is a flowing out. Fluxus founder Maciunas said that the purpose of Fluxus was to ‘promote a revolutionary flood and tide in art, promote living art, anti-art’. This has strong echoes of dada, the early twentieth century art movement.

The first Fluxus event was staged in 1961 at the AG Gallery in New York and was followed by festivals in Europe in 1962. The major centres of Fluxus activity were New York, Germany and Japan.

Fluxus played an important role in opening up the definitions of what art can be. It has profoundly influenced the nature of art production since the 1960s, which has seen a diverse range of art forms and approaches existing and flourishing side-by-side.

Fluxus had no single unifying style. Artists used a range of media and processes adopting a ‘do-it-yourself’ attitude to creative activity, often staging random performances and using whatever materials were at hand to make art. Seeing themselves as an alternative to academic art and music, Fluxus was a democratic form of creativity open to anyone. Collaborations were encouraged between artists and across artforms, and also with the audience or spectator. It valued simplicity and anti-commercialism, with chance and accident playing a big part in the creation of works, and humour also being an important element.

Artworks that are created through actions performed by the artist or other participants, which may be live or recorded, spontaneous or scripted 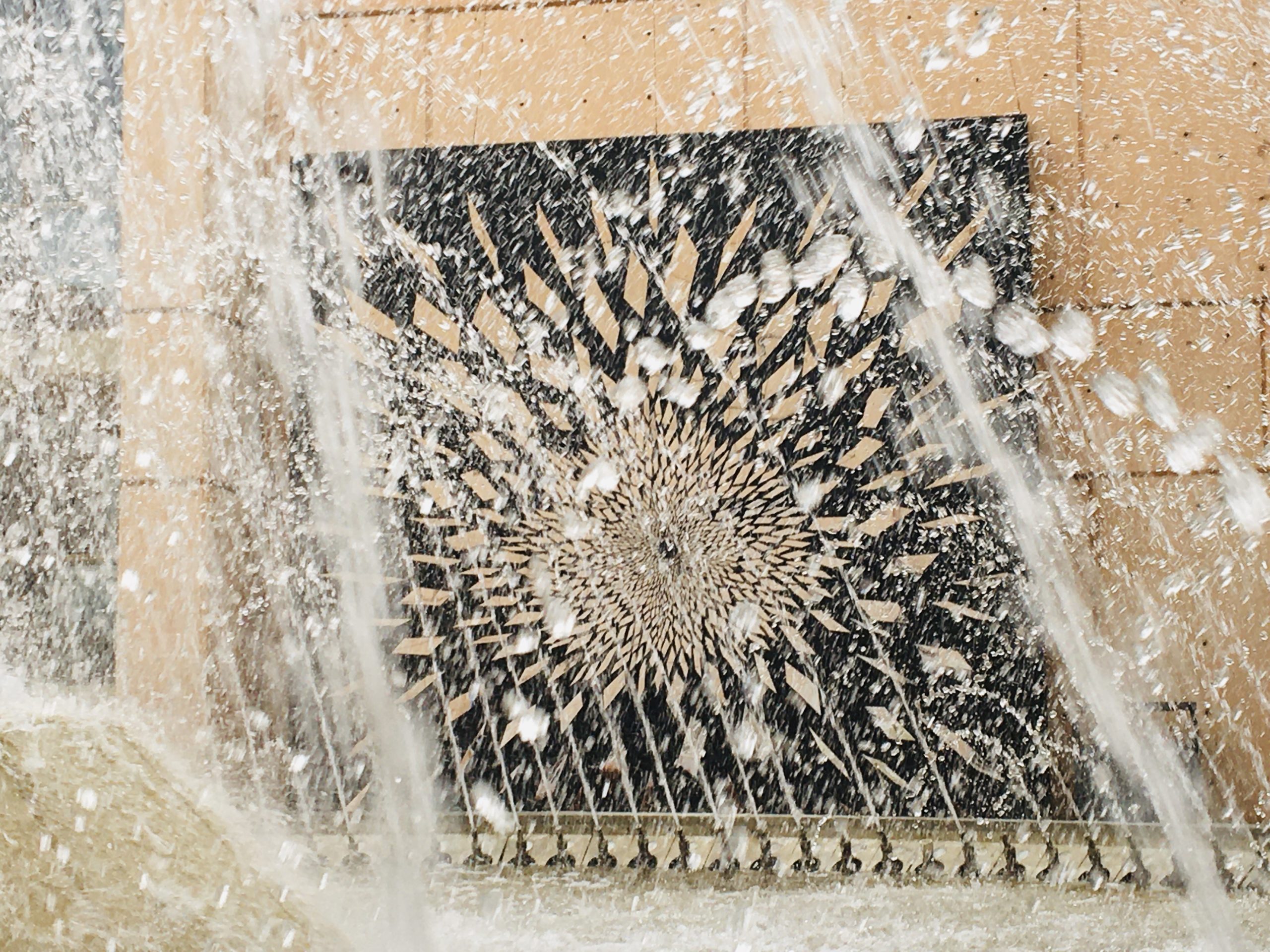