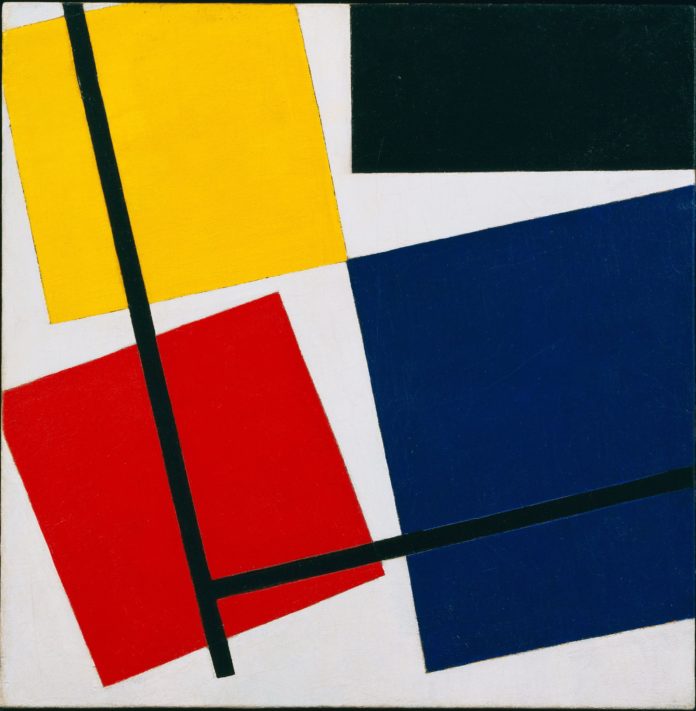 Piet Mondrian and Theo van Doesburg. De Stijl means style in Dutch. The magazine De Stijl became a vehicle for Mondrian’s ideas on art, and in a series of articles in the first year’s issues he defined his aims and used, perhaps for the first time, the term neo-plasticism. This became the name for the type of abstract art he and the De Stijl circle practised.

Other members of the group included Bart van der Leck, Vantongerloo and Vordemberge-Gildewart, as well as the architects Gerrit Rietveld and JJP Oud. Mondrian withdrew from De Stijl in 1923 following Van Doesburg’s adoption of diagonal elements in his work. Van Doesburg continued the publication until 1931.

De Stijl had a profound influence on the development both of abstract art and modern architecture and design.