Verena Loewensberg (b. 1912 – d. 1986 Zurich, Switzerland) began her studies at the Basel trade school in 1927 where she was introduced to design and colour theory, then went on to a weaver apprenticeship as well as training in dance and choreopgraphy; the echoes of all these disciplines can be found in her work as an artist.

Between 1934 and 1936 Loewensberg visited Paris several times often accompanied by Max Bill, with whom she had a close lifelong friendship and who introduced her to the artists of the group ‘Abstraction-Création‘; Hans Arp, Sophie Taeuber-Arp and Theo van Doesburg, as well as Georges Vantongerloo who had a lasting effect on her work. As of 1936 she belonged to the Swiss avant-garde, while after the war she became known as the only female artist of the small circle of the Zurich Concrete, with Max Bill, Richard Paul Lohse and Camille Graeser.

Although her work is fundamentally constructive in nature, it was also imbued with great freedom, poetry and musicality. Loewensberg worked with visual elements that seem contradictory: her work contains circular shapes, cloud forms, irregular pentagons and sharp and obtuse angles, as well as colours that the strict constructivists who only worked in primary colours would deem unacceptable. Obsessed with visual problems, she solved them with a clear and precise attitude, suppressing any handwritten trace on the canvas.

From the sixties onwards, her work is of an independence and autonomy that eludes classification. She created an extensive series of reduced, purely coloured compositions that tackle the problem of figure and reason repeatedly, as well as radically reduced, purely linear black and white compositions finding barring at the time of colour field painting, conceptual painting and minimalism. In 1992 Loewensberg had a Retrospective at Aargau Art Gallery, Aarau and in 2007 had a large-scale exhibition at House Konstruktiv, Zurich

In 1936 she painted the first concrete pictures and helped in 1937 with the founding of an association of modern artists in Zurich. In the center were the Zürcher Konkreten. Loewensberg associated with Max Bill, Camille Graeser and Richard Paul Lohse. She participated in their successful group exhibitions. In addition, she was inspired by the work of Georges Vantongerloo and Piet Mondrian.Throughout her life, Verena Loewensberg refused to engage in any sort of restricting theoretical discourse. Her artistic oeuvre therefore covered an enormous scope, ranging from color field painting to monochromatic works. She occupied herself with the square, rectangle, circle and line, as well as with color and its interaction. Between mathematical principles of order and intuitive compositions, between emptiness and abundance, between non-color and colorfulness, between rest and motion, she created a stimulating interplay. Her stylistically diversified oeuvre started out from an open concept of concreteness, which bears witness to the artist’s intellectual and artistic independence as well as to the up-to-date character of her artistic contribution to this day. 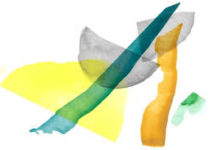 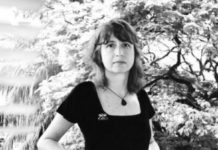