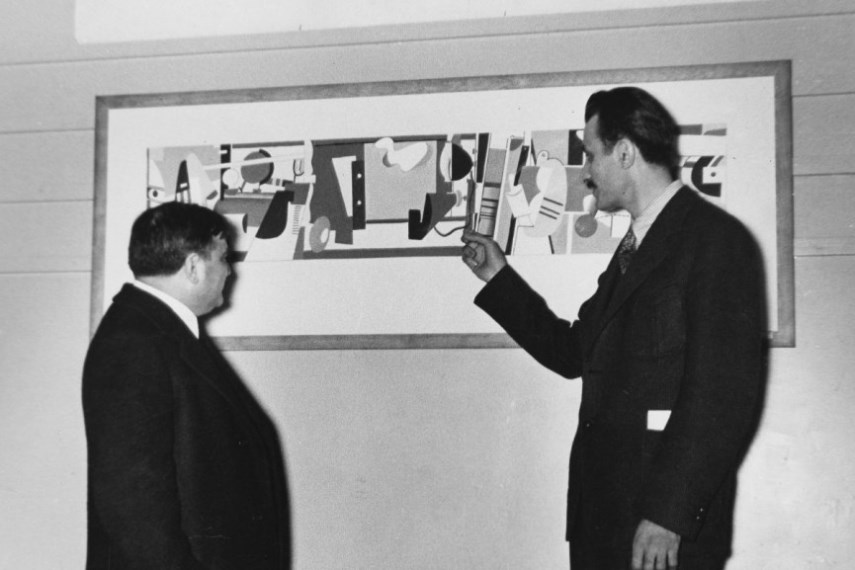 Why we need art critics, enthusiasts

Recently, Pulitzer Prize-winning art critic Jerry Saltz got himself in some trouble when he tweeted: “A good critic always puts more into writing about art work than the artist put into making it. The artist only creates. The critic must plumb that creation & also write creatively enough to deliver the full volume of the art while also creating a thing of beauty & clarity itself.”

The howls of those who make the art were loud and long, and to his credit, Saltz later apologized for the tweet, saying he intended merely to note that critics are creators in their own right, and that good criticism is art in and of itself.

The tempest over Saltz’s tweet dovetailed with some thinking I’ve been doing about what I do in this space. It has been almost exactly nine years since I first published my very first Biblioracle column in the dearly departed Printers Row book section, and I still don’t have a concise description of my role here. When asked, I say that I write about books and stuff.

Yes, I am a recommender of books, an unparalleled expert on that front if I do say so myself after these nine years, but this is not my full purpose. What else am I?

I am confident that I’m not a critic of the kind Saltz is thinking of. For me, critics are a combination of judge, historian and teacher, and when done well it truly is an art form in and of itself. Good criticism can help contextualize a work as part of the broader culture. It can help us see things about a work of art that might otherwise be hidden. Art does not need critics to come into existence, but it is invariably better off for the work of critics. A good critic can even make you appreciate something that you didn’t know you were even interested in.

A good example close to home is the recently departed Tribune architecture critic Blair Kamin, who won a Pulitzer Prize of his own in 1999. Writing about the architecture of the city, Kamin not only judged quality, but enhanced our understanding of the role architecture plays in the past, present and future of Chicago.

A good critic like that literally helps you see better, and when the critic sees problems, as Kamin did with his Pulitzer-winning series on the late-’90s development of the lakefront, the community is strengthened. I didn’t know I cared about architecture until I read Kamin.

Sometimes you will read my commentaries about a specific book and this will look like a review, but in my mind, they are almost always what I like to call an “enthusiasm.” I choose to write about a book, because it excites me and I’m eager to pass the word on to others. My goal is not to weigh the merits of the book as a reviewer, but to sing its praises.

(The one exception was my column on Sean Penn’s “Bob Honey Who Do Stuff,” which was a warning, rather than an enthusiasm.)

Perhaps that’s what I am, an “enthusiast” for books and reading. An enthusiast need not be a Pollyanna — in fact, I’m more likely to be a worrywart than an optimist — but the enthusiast wants the object of their enthusiasm to thrive.

What a privilege to have had a role as a public enthusiast for nine years.

John Warner is the author of “Why They Can’t Write: Killing the Five-Paragraph Essay and Other Necessities.”

John Warner is the author of the novel “The Funny Man” and writes the Biblioracle column for Printers Row Journal. An editor at large for McSweeney’s Internet Tendency, he is a visiting professor at the College of Charleston in South Carolina.