Dorothea Lange captured this iconic photo known as Migrant Mother in 1936. But who was the woman pictured? And how did she and her family feel about its existence in the world? Guest host John Green introduces you to Florence Owens Thompson, her family, and her story.

Dorothea Lange took this photograph in 1936, while employed by the U.S. government’s Farm Security Administration (FSA) program, formed during the Great Depression to raise awareness of and provide aid to impoverished farmers. In Nipomo, California, Lange came across Florence Owens Thompson and her children in a camp filled with field workers whose livelihoods were devastated by the failure of the pea crops. Recalling her encounter with Thompson years later, she said, “I saw and approached the hungry and desperate mother, as if drawn by a magnet. I do not remember how I explained my presence or my camera to her, but I do remember she asked me no questions. I made five exposures, working closer and closer from the same direction.” One photograph from that shoot, now known as Migrant Mother, was widely circulated to magazines and newspapers and became a symbol of the plight of migrant farm workers during the Great Depression.

As Lange described Thompson’s situation, “She and her children had been living on frozen vegetables from the field and wild birds the children caught. The pea crop had frozen; there was no work. Yet they could not move on, for she had just sold the tires from the car to buy food.” However, Thompson later contested Lange’s account. When a reporter interviewed her in the 1970s, she insisted that she and Lange did not speak to each other, nor did she sell the tires of her car. Thompson said that Lange had either confused her for another farmer or embellished what she had understood of her situation in order to make a better story. 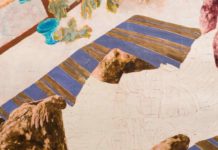 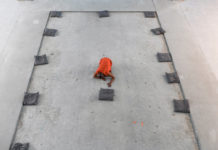