Home English THE HISTORY OF GELATO… 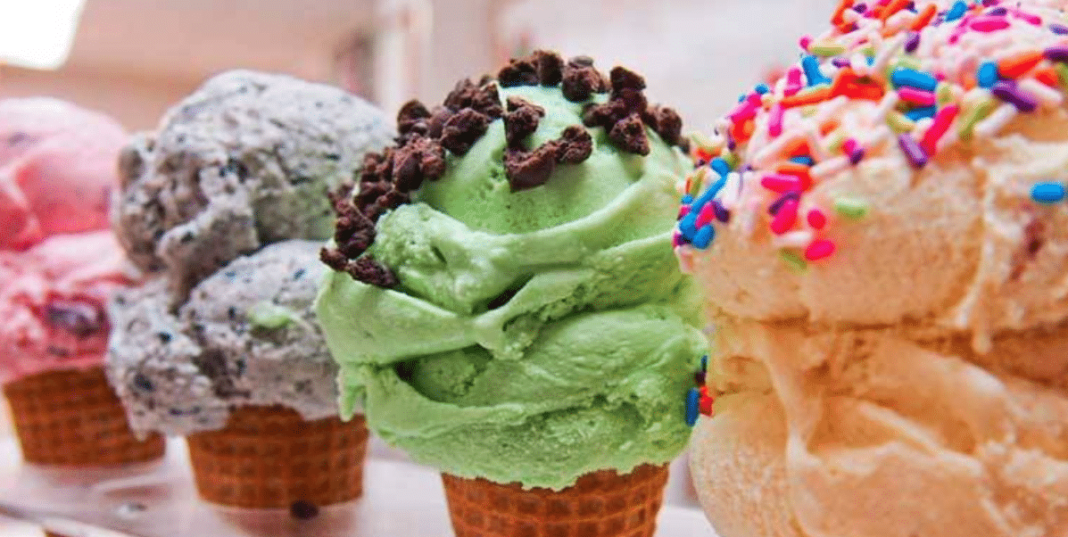 THE HISTORY OF GELATO…

Bernando Buontalenti entered the scene in the second half of the 16th century. He was a famous painter, architect, and engineer in addition to being an amateur cook. He is generally credited today as being the inventor of gelato, as he seems to be the first to introduce milk and eggs to the mixture.

Why is gelato called gelato?

Gelato is the Italian word for ice cream derived from the Latin word “gelātus” (frozen). Gelato is lower in fat because it contains less cream and more milk, and is churned slower resulting in less air and a richer flavour.

Gelato dates back to the 16th century. There is some confusion in the origin as to where or who really invented gelato. As most stories go, it is credited to Bernardo Buontalenti, a native of Florence, who delighted the court of Catherina dei Medici with his creation. Italians are certainly credited with introducing gelato to the rest of Europe; with Sicilian born Francesco Procopio dei Coltelli who undoubtedly was one of the most influential individuals in the history of gelato, as one of the first to sell it to the public. Summoned to Paris in 1686, he opened a cafe named after himself called “Cafe Procope”, which quickly became one of the most celebrated meeting places of the literary establishment in France. In Italy meanwhile, the art of traditional gelato making was passed on from father to son, improved and perfected right up to the 20th century, when many gelato makers began to emigrate, taking their expertise to the rest of Europe.

Gelato in Italian means “frozen”, but it is basically used to indicate the Italian type of ice cream. One of the basic differences between Gelato and the ice cream we know of in the United States is that it contains two thirds less butterfat and it doesn’t have as much air, therefore has a more intense flavor. Gelato is healthier than American-style ice cream since it is made with all natural ingredients and contains fewer calories and less butter fat.

Gelato is served 10-15 degrees warmer than ice cream. Since it is less solidly frozen, gelato’s taste is further enhanced as it melts in the mouth.

Our Gelato is made fresh on the premises so that we can bring you the highest quality product that is recognized by discriminating food lovers everywhere.  We proudly use locally grown products for the freshest taste possible.

GELATO: ITS HISTORY AND HOW IT DIFFERS FROM ICE CREAM

Gelato–which translates to “frozen” from Italian–is a frozen treat from Italy which was originally created in the 16th century. Historians are not sure who originally invented it, but the one of the most popular versions of the story is Bernardo Buontalenti, a native of Florence, created a form of the modern gelato. He impressed the court of Catherina dei Medici with his delicious frozen treat. From there is spread across Italy and then the rest of Europe. Shops began opening and the tradition passed from father to son for generations. This continues into today, all across the world.

Gelato came to the United States in 1770. It was introduced to the Americas by Italian native Giovanni Biasiolo. Unfortunately, it was around the same time that the hand crank freezer was invented and ice cream overshadowed gelato. In fact, historians don’t see much about this Italian dessert again until the 1900s. Now it’s become incredible popular across not only Italy and the United States, but across the world!

How is Gelato Different from Ice Cream?

You might wonder how these sweet treats are different. Gelato has much less butterfat, about two thirds less. It is also is more dense because is churned slowly and air is not whipped into the product, like ice cream. This makes for a much more flavorful final product. Although this Italian treat contains less butterfat, it contains more sugar. One fact about the differences between gelato and ice cream that you may not know is that gelato is served at a slightly higher temperature than ice cream. Normally, it is usually stored at 0° to 10°F, and served at 10° to 20°F, while ice cream can be stored in a deep-freeze of -20°F or colder.

Electro Freeze offers gelato machines for shops who want to treat their customers to this delicious Italian dessert. Contact us today to learn more about our products as well as what we have available. We have machines for ice cream, frozen yogurt, frozen cocktails, milkshakes, and more!

First, Asian cultures discovered they could consume crushed ice and flavorings. Five hundred years later, it became a custom for Egyptian pharaohs to offer their guests a cup of ice sweetened with fruit juices. Romans later began the ritual of eating the ice of the volcanoes Etna and Vesuvius, covering it with honey. Then came the Italian Renaissance during the 14th century, when gelato was officially developed by famous artist and architect Bernardo Buontalenti.

From that point, gelato began dominating taste buds all over the world, including the U.S. beginning in 1770 after being introduced to this continent by Italian native Giovanni Biasiolo. At this point, there were two types of gelato – one made by mixing water with fruits such as lemon and strawberries (also known as Sorbetto), and another made by mixing milk with cinnamon, pistachio, coffee or chocolate. But due to the invention of the hand-crank freezer, and the subsequent birth of the industrial ice cream industry, gelato would take a back seat to American-made ice cream (which contains more air), and would not begin to re-emerge in popularity again until the late 1900s. However, as it stands today, gelato is one of the hottest commodities on the frozen dessert market, writing a new chapter in culinary history as one of the greatest success stories in dessert innovation.