Georg Karl Pfahler was a leading German painter known for his Hard-Edge abstractions. The artist dedicated his entire career to the investigation of the relationship between color, shape, and space, and was considered at the forefront of the Color Field movement. “In Pfahler’s painting the color has both a displacing and a constitutive function, which bewilders and stimulates the observer to critical reflection,” Peter Beye once wrote of his work. Born in 1926, Pfahler studied at the Kunstakademie Stuttgart under Willi Baumeister, graduating in 1954. Initially working as a sculptor, it was Baumeister who encouraged Pfahler to focus on painting. Influenced by the tradition of European Art Informel, he quickly began to adopt an innovative abstract geometric painting style by the early 1960s. Pfahler continued to reduce his style even further to exclusively focus on the dynamic between shapes, and to examine the deeper relationships between space and color. By the mid 1960s, Pfahler had exhibited alongside artists such as Frank Stella, Ellsworth Kelly, and Kenneth Noland in shows such as “Signale” at the Kunsthalle Basel, Switzerland. In 1966, Pfahler had his first show in the United States at Fischbach Gallery, curated by Barnett Newman. Pfahler went on to represent Germany alongside Gunther Uecker, Heinz Mack, and Kaspar Thomas Lenk at the Venice Biennale in 1970. In the decades that followed, Pfahler continued to experiment with the constraints and boundaries of painting. He died on January 6, 2002 in Heimerzheim, Germany. Today, the artist’s works are held in the collections of The Museum of Modern Art in New York, the Städel Museum in Frankfurt, and the Neue Nationalgalerie in Berlin, among others. 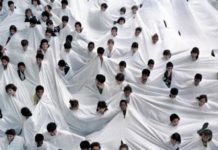 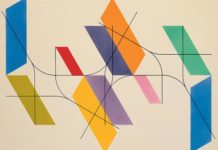 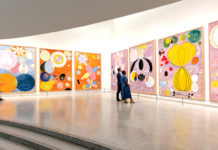