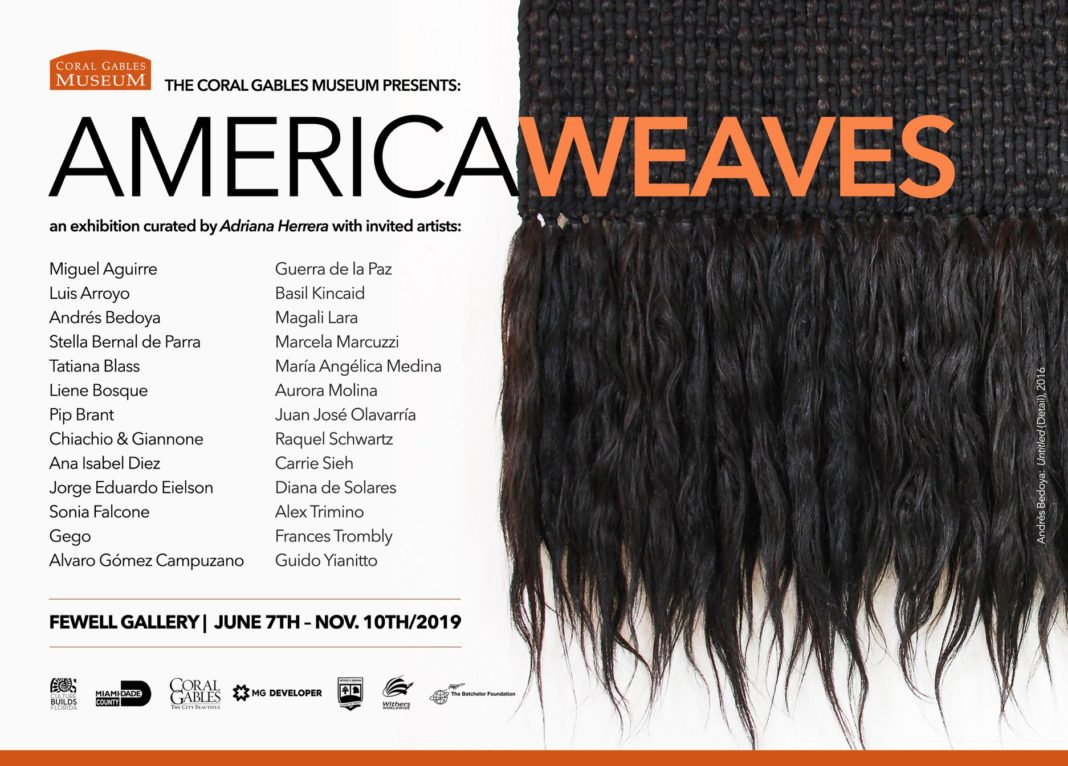 AMERICA WEAVES
One hundred years after the founding of the Bauhaus, which considered the artist “an exalted artisan” and called for erasing the boundaries between art and crafts, America Weaves gathers a group of artists that expand the borders and possibilities of the action of weaving, embroidery, and interlacing throughout the entire Americas, from Argentina to the United States. Some works are formal inquiries into the possibilities of the medium; others merge different epochs, resorting to the technique of palimpsest; yet others pose critical and conceptual appropriations of different sorts. Making art with textile materials is, ultimately, a possibility that is as playful as it is culturally vital.
Curated by Adriana Herrera, America Weaves shows how, since the times of prehispanic art, our continent has woven times, history, visions, and worlds.

Aluna Art Foundation is a non-profit organization created to promote a wide range of dialogues among artistic practices.

Aluna Art Foundation is a non-profit organization created to promote a wide range of dialogues among artistic practices through a continuous and open invitation for artists to engage in its projects. As an alternative space, Aluna Art Foundation offers Miami’s artists the possibility of participating, together with those from other regions or countries, in curatorial projects whose aim is the production of creative visions of the context we live in.

Considering that Miami is an epicenter of Latin American art in the world, Aluna Art Foundation strengthens our understanding of the past and the present of this art through formative and sensitizing strategies of knowledge and participation. Forming institutional and organizational alliances serves as a platform for artists that are not represented, promotes exchanges between established and emerging artists, and offers a space for those projects that can’t find a place within the mainstream.

Aluna Art Foundation’s vision is to provide the community of Miami with curatorial projects that involve a dialogue between the local and international art scene, conducting its mostly collective inquiries around the connection between art and society. The foundation will continue to serve as an ever-expanding platform for the introduction of Miami artists in galleries, organizations, and institutions in a changing and mobile context.

Our vision includes the possibility of crossing the abysm that has been separating the general public from contemporary art. Through our curatorial practice, and our diverse strategies of interaction, we will construct awareness of contemporary art in general, and of Latin American art in particular. These efforts will not only strengthen our vision of art history, but our outlook on the present. The processes of dialogues will allow the people to experience the artworks, and to participate in their practices in a transformative way, living an experience capable of mobilizing ideas and social imagination. 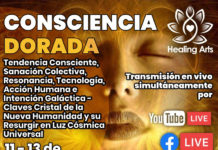 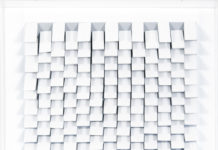